Speaking of Faith: Why Be Lutheran? 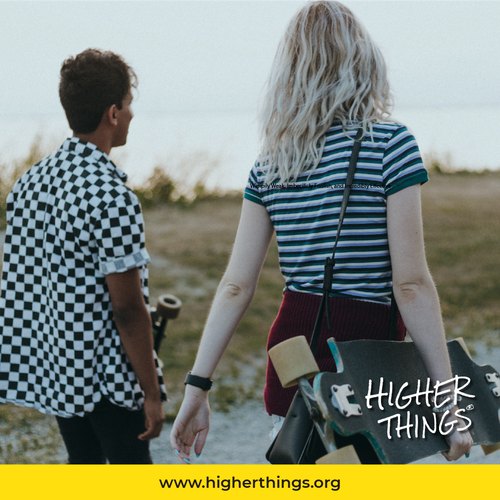 By Rev. George F. Borghardt
The day I became Lutheran, my sponsor looked at me and said, “Now that you are Lutheran, why would you be anything else?” I had been raised Roman Catholic. I had a first communion in the Roman Catholic Church. I went to the Roman Mass every week. My parents would even drag me to confession when I really sinned.

In high school, I walked away from the faith. It wasn’t that I stopped believing in God. I just didn’t care anymore. After all, didn’t we come from monkeys? And who wants to serve a God who makes you feel guilty all the time and fills you with shame? I considered myself “undecided.” If there was a God, I thought I should get credit for not outright denying Him. If there wasn’t, I’d be just fine.

Some good evangelical Christians loved me enough to invite me to a Bible study. I was so lost in their study that when they were reading from 1 John I was looking at the Gospel of John. Whoops! They told me about Jesus. His forgiveness was free. It was undeserved. It was unmerited. It was earned by Jesus’ holy life and bitter sufferings and death. It was given as a gift to those who believed. They told me to say a prayer and said I was a Christian again.

I went home and every page I turned in the Bible confessed this faith. I learned that the world wasn’t just an accident of some Big Bang. I was created by a God who loved me by giving up His Son. I learned that salvation is by grace alone, received by faith alone, from Scripture alone.

I didn’t initially like the liturgy. It seemed too Roman Catholic. The hymns were great. I didn’t take communion. But, when the old retired vacancy pastor began preaching, I heard something on that Holy Trinity Sunday that I had never heard clearly before: I heard the Gospel.

Jesus alone saves me--no “buts” about it. He saves me by grace alone without any works or merit on my part. What He did on the cross is received by faith alone--not by works--so I can’t mess it up. I didn’t have to give my heart to Jesus. I didn’t have to be rebaptized or speak in tongues. I didn’t have to make Him the Lord of my life. He did it all for me! He kept the Law in my place and then died the death that I deserve. Everything that He did with His holy life and His bitter sufferings and death comes to me in His gifts as a gift.

I wanted more and more of that Gospel. I learned everything I could from my pastor. His wife must have gotten tired of my sitting at his feet every day. I didn’t just become Lutheran; my friends said that I became “really Lutheran.” And even after it didn’t work out with the girlfriend, I still couldn’t get enough of the Gospel. I dropped chemical engineering and switched to classical Latin and the rest is a gift from God.

Salvation is a gift in Jesus. Gifts are free. That’s what a gift is! You don’t deserve your birthday present. Despite what you’ve heard about St. Nick, you’ve never ever earned a Christmas present by being “good for goodness sake.” You weren’t that good. In fact, if you ask your parents, you probably deserved to be on the naughty list.

Apart from Christ you have no life, no salvation, no heaven. But you aren’t apart from Christ. You are baptized. You are alive to God and dead to the way you used to live. You are a new creation--born from above to love and care for others.

I don’t tell this story often. In fact, people have to drag it out of me because I usually just say, “The Gospel!” when they ask me, “Why’d you become a Lutheran?” I don’t want anyone pointing to me.

What I’d like you to see is how wonderful the Gospel is that you hear in church every Sunday. It’s rare. It’s hard to find. It’s not everywhere and every church isn’t the same.

So, don’t give up this Gospel for anything less! Don’t let this Gospel be snatched from you. Don’t let your job take you away from it. Don’t let a girl or boy entice you to a different faith. Don’t leave it for the wisdom of the world. Don’t let the preachers you lend your ears to “but” Jesus’ Gospel.

Always be around the Lord’s gifts. Cherish every Jesus-y word in Bible class. Dump your sins on your pastor. Make him do his job and forgive you. Treasure the liturgy. Belt out those hymns. Gobble up that forgiveness at the Lord’s Supper. In a changing world that’s here today and gone tomorrow, the liturgy is an anchor that will keep you from drifting down the river of unbelief and despair. It’s not that the liturgy is magical, it’s that it’s filled with the Gospel!

For salvation is by grace alone, that is Jesus alone, received by faith alone, from Scripture alone. Now that you’ve been washed in this Gospel, confirmed into it, believed it, eaten Jesus’ Body and Blood for the remission of your sins, why would you be anything else other than a Lutheran?

This article was originally published in the fall 2017 issue of Higher Things Magazine.
Rev. George F. Borghardt is the pastor of Immanuel Lutheran Church in Bossier City, Louisiana and has also served as the president of the HT Board of Directors since 2012.
Posted in Speaking of Faith