This Just In: Where was God? 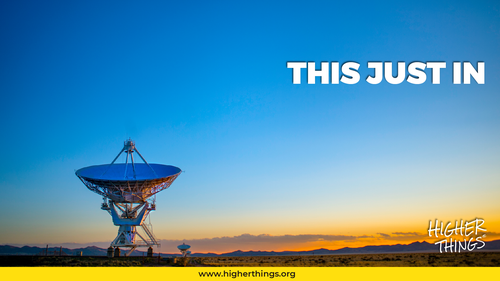 By Bruce Keseman
If God is as great as the Bible says He is, then why didn't He stop that earthquake in Haiti? Why didn’t He step in to prevent the destruction? Weren’t the poverty-stricken people on that island suffering enough already? Did God take a vacation on the day the earthquake struck Haiti? And the day Katrina hit the Gulf Coast? And the day the tsunami overwhelmed southeast Asia? No. God never takes a vacation. Which means He isn’t vacationing when tragedies strike your life, either. So where was God when the earthquake destroyed Haiti?

God was on His throne

Satan points to Haiti and says to you, "See, God isn't good. A good God wouldn't allow something so horrible." Don't believe His lie. Believe the truth. The truth is that we sin. The wages of sin is death. So if God gave us what we deserve, we would all suffer much worse than a devastating earthquake. We would be dead. We would be in hell.

Since we deserve to suffer, how come we aren’t experiencing the kind of devastation that the Haitians are suffering? Because God is merciful. God does not give us what we deserve. He gives His Son what we deserve. At the hands of Pontius Pilate and Roman soldiers. I don't know why He allowed an earthquake to destroy Haiti instead of striking the New Madrid fault near where I live. I don't know why their lives were wrecked, and I was spared. Despite his claims, Pat Robertson does not know either. But God knows. And that is what matters.

Our Lord has a plan. It is a plan that includes your salvation, my salvation, and the salvation of a whole lot of people in Haiti. God is carrying out His plan. God is using this tragedy for good. Romans 8: "All things work together for good for those who are called according to His purpose."

I can already see a few ways that God is using the earthquake for our good. We Americans tend to be self-obsessed individualists. But for the past two weeks, we have reached out to help in ways that are absolutely amazing. Our priorities have been rearranged. We've contributed vast amounts of money to charities, and we've helped fill airplanes and ships with supplies and rescue workers. Even so, I can't see how God is going to bring more good than evil out of this earthquake. Then again, if I had been standing at the foot of Christ's cross 2000 years ago, I would have been sure that God could not possibly accomplish anything good out of that execution. Yet God used that gruesome event to accomplish the greatest good in all of history–that cross was His power of salvation for you, for me, and for the people of Haiti. So when He allows an earthquake, do not doubt that God is using it to do His incredible mercy work.

Where was God when the earthquake devastated Haiti? On His throne working for good in ways we can't possibly see.

God was here with His people

Where else was God when that earthquake hit? He wasn't just on His throne above. He was also down here with His people. "He who did not spare His own Son but gave Him up for us all, how will He not also with Him graciously give us all things" (Romans 8:32). Since God cares enough to provide for our greatest need of all by giving up what is dearest of all to Him–His Son–there is absolutely no doubt that He’s going to take care of all our other needs as well–including getting Haiti through this tragedy and us through every tragedy in our lives.

We do not have a God who is unable to sympathize with our weakness. We have a God who came down out of heaven and lived a life filled with nothing but suffering on this earth—suffering even deeper than what the Haitians are enduring. We have a God who has been through the carnage of the cross. Jesus knows exactly the feelings of the people who are homeless, hungry, mourning, and even dying because of that earthquake. He knows exactly what you are going through when you face tragedy. He's been through it Himself. That's why He is able to help.

That's why Christ's baptized people respond with love in times of tragedy. Maybe you've contributed to the earthquake relief. Maybe you've been praying for the Haitians who are afflicted—and for all the relief workers, many of whom are putting themselves at risk to help. Jesus says, "As you did it to one of the least of these My brothers, you did it to Me" (Matthew 25:40). You are baptized. You belong to God. You were redeemed at the holy cross. Unlike the blood that so often gets shed in tragedies, Jesus' blood was shed for a good purpose, for our salvation. It is the blood that He serves us with His body at His holy altar. It is the blood that He serves with His body to our brothers and sisters in Christ who live in Haiti. It is His promise to them and to us: "I will not leave you or forsake you" (Joshua 1:5).

Where was God when the earthquake hit? Right here with His people.

He was in heaven preparing a place

Where else was God when that earthquake hit? Not only was He on His throne working all things for good, not only was He here caring for us, but He was also in heaven preparing a place for us.

After 9/11, I remember reporters struggling to find words to describe all the rubble and ruin. One simply said, "This is hell." No doubt the same has been said about Haiti. There has been so much heartache and so much hurt that it might in a few ways resemble hell. But as gruesome and painful as the tragedies of earth may be, they pale in comparison to the real hell.

God gives His help even to unbelievers in Haiti. But in hell, there is no God to help anyone. There is no God to end the suffering. Hell is what we all deserve. But hell is what none of us will suffer when we’re clinging to Jesus. Because He suffered hell for us. I don’t mean he suffered hell figuratively. I mean he suffered hell literally. He endured on the cross what we should have endured for all eternity—total abandonment. That's why He said, "My God, my God, why have you forsaken me?" (Matthew 27:46). He was totally abandoned by His Father, so that you and I and all the people of Haiti can be sure that, no matter how horrible the tragedy, we will never be abandoned by His Father. He suffered hell for us so that we can have heaven—where tragedy and suffering, earthquakes and floods and hurricanes and even death will never ever happen again.

Jesus says that earthquakes are one sign that the end of the world is near (Mark 13:8). This earth is falling apart. This planet is passing away. And I say, "Good riddance!" I can't wait for this fallen world to be replaced by the new heaven and new earth that our Lord has promised. Then we won’t have to worry about earthquakes, terrorists, hurricanes, tsunamis, or any other tragedy. Have you heard some of the incredible confessions of faith Christians in Haiti have spoken? Those sisters and brothers in Christ remind us that we, too, can stare tragedy in the face--we can even stare death in the face—and say, "I'm not afraid of you. My Lord went to the cross for me, came out of His tomb alive for me, and even now is preparing a place in heaven for me. Even if I die, I live."

Where was God when that earthquake hit? He was not on vacation. He has not abandoned His people. He is on His throne working all things for good; He is here, caring for His people; and He is in heaven, preparing a place for us because this messed up world is coming to an end. We do not need a God who is a meddler. We do not need a God who steps in to stop every tragedy. We need a God with nail-scarred hands, we need a God whose death guarantees the day when all tragedies will be forever ended. Look at the holy cross and see: that’s exactly the God we have.

Rev Bruce Keseman is Pastor of Christ Our Savior Lutheran Church in Freeburg, IL and is a former member of the Higher Things Board of Directors.
This article was originally published on the Higher Things website in January 2010.
SUBSCRIBE
Posted in This Just In
Tagged with keseman, earthquake, doubt, legacy, current events, news